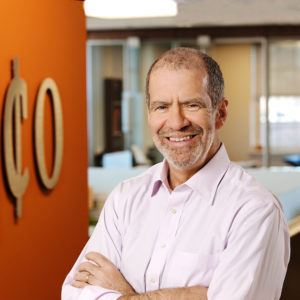 Andy became the third President of Princo in January 1995. He came to Princo from Duke Management Company where he was an Investment Director. He previously worked as a Senior Associate in the Investments Office at Yale University. Andy holds a B.A. in Philosophy from Duke University and an M.P.P.M. from the Yale School of Management. He earned the Chartered Financial Analyst designation and is a member of the New York Society of Security Analysts. Andy served as a founding member of the Investors’ Committee of the President’s Working Group on Financial Markets, and previously served as a member of the Board of Directors of the NAB Asset Corporation, a publicly-traded commercial loan workout specialist. He is a Trustee of the Princeton Area Community Foundation, Rita Allen Foundation and Rutgers Preparatory School. Before shifting his focus to investing, Andy was a professional photographer. A stand-up guy, Andy enjoys paddle boarding, and hopes to someday return to the pro-am shark wrestling circuit. He wishes he had time to learn golf — he wouldn’t use it to learn golf, but he wishes he had the time. 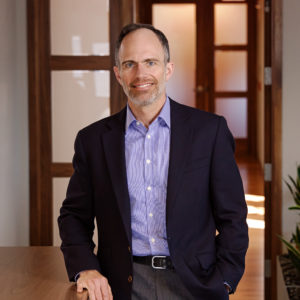 Jon joined Princo in October 1998 and has been active across a broad spectrum of the Endowment. He focuses on asset allocation, investment strategy, and works across the portfolio, particularly providing senior leadership for Princo‘s efforts in marketable securities (comprising the Domestic Equity, International Equity, and Independent Return portfolios). Prior to joining Princo, Jon spent almost ten years at Credit Suisse First Boston. For his last assignment, he was a Vice President in the International Private Equity Group, with responsibility for investments in Latin America. He previously worked in First Boston’s Investment Banking and Public Finance departments. Jon received a B.S. in Economics summa cum laude from The Wharton School of the University of Pennsylvania in 1988, and he has earned the Chartered Financial Analyst designation. He is originally from the Philadelphia area, . Jon enjoys spending time with his three children, particularly participating in outdoor activities (skiing, surfing, rock climbing, cow tipping). He is a member of the Board of the Trenton Circus Squad. 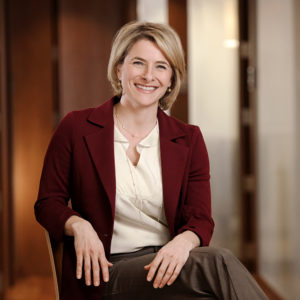 Jennifer joined Princo in August 2010 to lead efforts in finance and operations. Prior to Princo, Jennifer spent over eight years at Deutsche Bank Asset Management where she was a Managing Director and Global CFO of DB Advisors and Deutsche Insurance Asset Management, Americas CFO of DWS Americas and various legal entities. Prior to Deutsche Bank, she worked nearly five years at Investors Bank and Trust Company as a Senior Manager responsible for mergers/acquisitions integration, budgeting, forecasting, and regulatory reporting. Jennifer began her career at Deloitte & Touche LLP where she worked in both auditing and consulting groups focusing on financial services and the healthcare industry. Jennifer earned a B.A. in Economics from Smith College and a certificate in accounting from Babson College. She is a CPA in Massachusetts. Jennifer is a Boston native where she was raised the last of ten children. Go Nation! She currently lives in Princeton with her husband and their three children. In her next life, Jennifer would like to be a Food Network star. 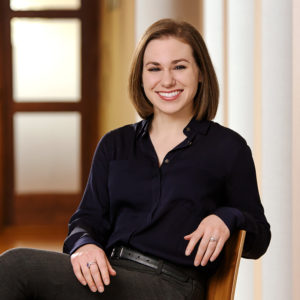 Susan joined Princo full-time in August 2009 after working as a summer intern. She graduated summa cum laude from Princeton with an A.B. in Economics and a certificate in Finance. Susan is a member of Phi Beta Kappa and a recipient of the Quin Morton ’36 Writing Seminar Essay Prize, the Shapiro Prize for Academic Excellence, the Junior Prize in Economics, and the Class of 1939 Scholar Award (given to the senior who, at the end of the junior year, has achieved the highest academic standing for all prior work at Princeton). After leaving Princo for geographic reasons in August 2011, Susan returned in February 2013. She earned the CFA charter in 2015 and is a member of the New York Society of Security Analysts. When not at Princo, Susan enjoys visiting her native Florida, taking dance lessons with her husband, and winning at Trivial Pursuit. 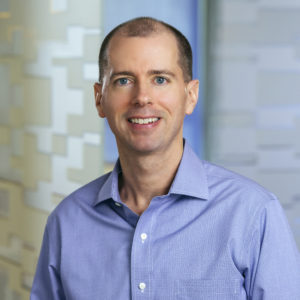 Ted joined Princo in 2008 and today co-leads the Endowment’s private equity efforts, including investments in buyout and venture capital funds. During his tenure, he has also worked across marketable asset classes and been active in Princo’s talent acquisition and team development. On campus, Ted regularly guest lectures on the limited partner’s role in venture capital and currently serves on the Westminster Foundation’s investment working group. Previously, Ted advised insurance companies on their private equity, mezzanine and senior debt investments. Ted holds degrees from George Washington University (BA), University of Delaware (MA), and University of Connecticut (JD), where he graduated first in his law school class. Ted is admitted to the Connecticut Bar and is a past Board Member of the Institutional Limited Partners Association, a CAIA Charterholder, and a Member of the CFA Institute. Ted is originally from the Boston area and enjoys family vacations and running races for Team Princo. 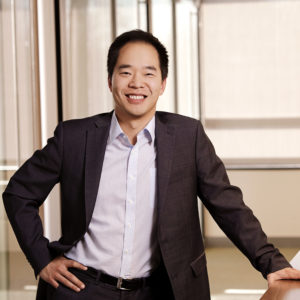 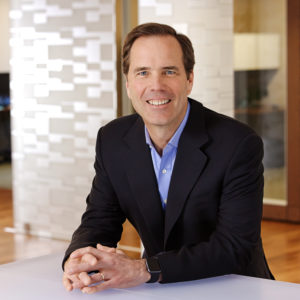 Jim joined Princo in 2008 to lead efforts in Private Equity. Prior to joining Princo, he spent over two decades in the venture capital industry investing in early-stage technology companies. Jim is a past Chairman and President of the Mid-Atlantic Capital Alliance and a former Member of the NASBIC Board of Governors. He began his career as a systems engineer designing microprocessors at Texas Instruments. Jim holds a B.S. cum laude in Engineering and Applied Science with Distinction in the Major from Yale University and received an M.B.A. with Distinction from The Wharton School of the University of Pennsylvania. He has been a frequent Guest Lecturer at Princeton University, Stanford University, and the University of Pennsylvania. He serves as Vice Chairman of the Princeton National Rowing Association and spends as much of his spare time as possible sculling on Carnegie Lake and rowing venues around the globe. 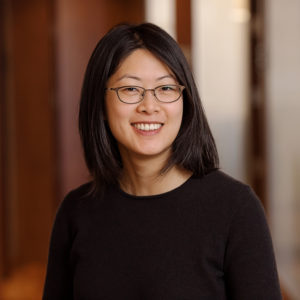 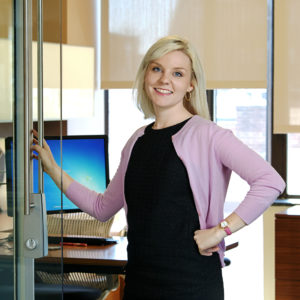 Jacqueline joined Princo full-time in fall 2015, after interning the previous summer. She graduated magna cum laude from Princeton with an A.B. in Economics and Certificates in Finance and Chinese Language and Culture. Jacqueline left Princo in 2018 to join McKinsey & Company as a consultant in their New York City office. While at McKinsey she worked primarily in consumer facing industries on projects ranging from growth strategy to private equity due diligences. While she valued her time at McKinsey, she sorely missed her Princo family and rejoined in summer 2020 as an Associate. Jacqueline loves getting to know people and will engage on nearly any topic of conversation. Her colleagues are grateful to have her back at Princo and even more grateful that Zoom allows them to politely put her on mute when she gets too excited. Jacqueline enjoys running, hiking, skiing, and most other outdoor activities. She doesn’t have a Pomeranian, but it would be on brand. 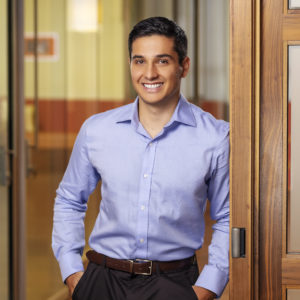 Max joined Princo in August 2019. Prior to Princo, Max spent three years at hedge fund investment firm PAAMCO Prisma. He earned a B.A. in Political Science from Yale in 2016 and is a CAIA Charterholder. Max is an ardent Denver Broncos fan and enjoys traveling, playing pick-up soccer and tennis, and watching reruns of The Office. 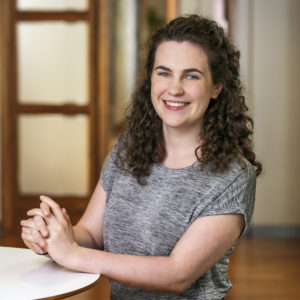 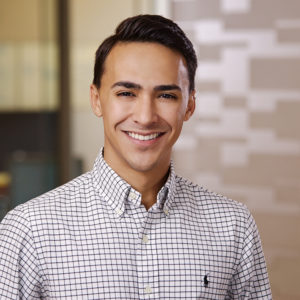 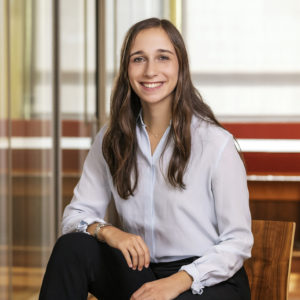 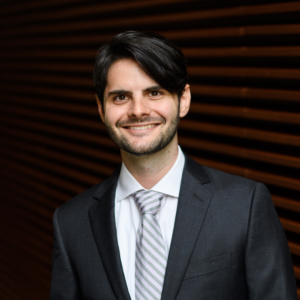 Alexander joined Princo in August 2020 after earning a Masters in Public Affairs from the Princeton School of Public and International Affairs, where he concentrated in economic policy and was named a Karl Edwin Prickett Fellow. Alexander also holds a B.S. in Finance from Indiana University, where he graduated with honors and high distinction. Prior to Princo, Alexander worked on debt impact investment transactions as a U.S. International Development Finance Corporation summer associate. Alexander also served over two years in the U.S. Peace Corps as an economic development volunteer in Gostivar, North Macedonia, and spent three years in New York City working as an Assistant Vice President in equity research at Barclays. In his free time, Alexander enjoys traveling the world in search of meditation retreats and long hiking trails. 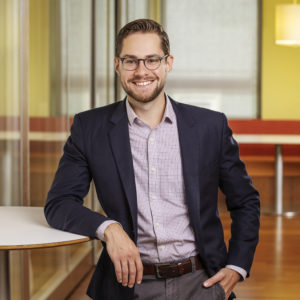 Aaron joined Princo in August 2019, after interning the previous summer. Prior to joining Princo, he worked in the research groups at the Federal Reserve in Washington, D.C. and New York City. He earned a B.A. in Economics and French Language from the University of Wisconsin – Madison and a Masters in Public Policy from Harvard Kennedy School. He is an avid—but increasingly frustrated—fan of the Green Bay Packers. In his free time he enjoys traveling, hiking, and reading The New Yorker. 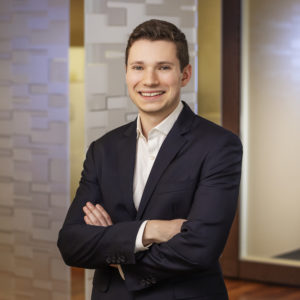 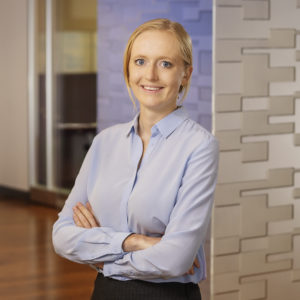 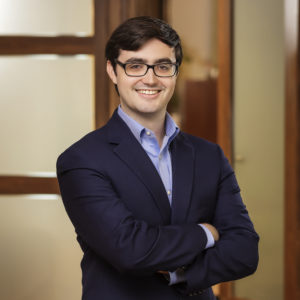 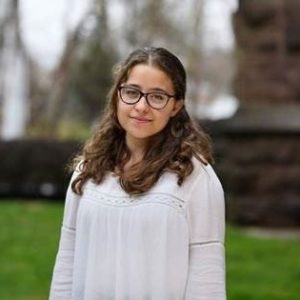 Tali joined Princo in August 2020 after interning there the prior summer. She graduated summa cum laude from Princeton with an A.B. in Religion and certificates in Humanistic Studies and Judaic Studies. Tali is a member of Phi Beta Kappa and a recipient of Princeton’s Haarlow Prize and George Potts Bible Prize. Outside of class, Tali has participated in the Humanistic Studies mentorship program, served as the President of the Orthodox Jewish campus community, and tutored incarcerated individuals with the Petey Greene program. In her free time, Tali enjoys teaching dance fitness classes and learning about fermentation. She is eager to join the Princo team! 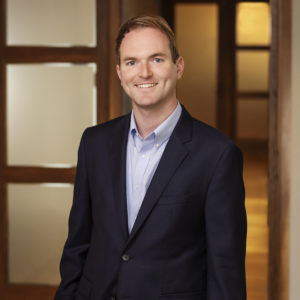 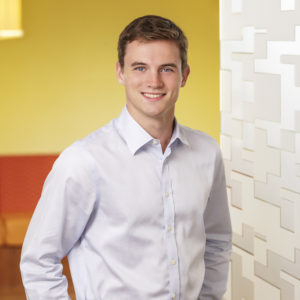 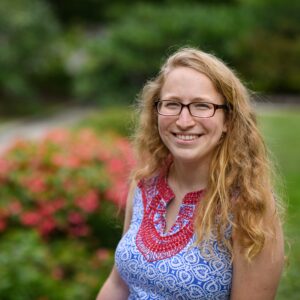 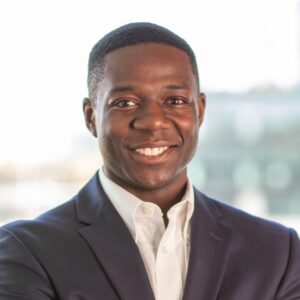 Karlos joined Princo in June 2020 as a Summer Associate. He will graduate from Wharton and Penn Law with a JD/MBA in 2021. He graduated from Princeton in 2015 with an A.B. in Ecology and Evolutionary Biology. 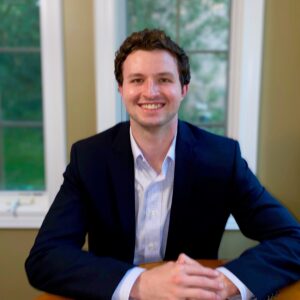 Zachary joined Princo in June 2020 as a Summer Analyst. He will graduate from Princeton in 2021 with a B.S.E. in Operations Research and Financial Engineering. 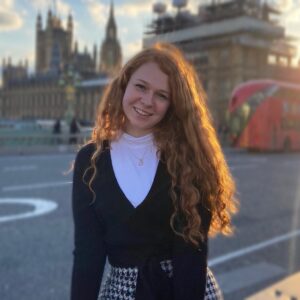 Lydia joined Princo in June 2020 as a Summer Analyst. She will graduate from Princeton in 2021 with an A.B. in Spanish and Portuguese. 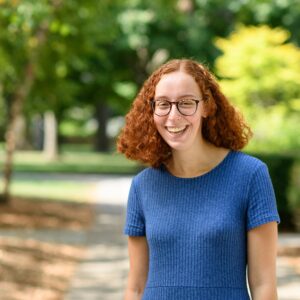 Simone joined Princo in June 2020 as a Summer Analyst. She will graduate from Princeton in 2021 with an A.B. in English. 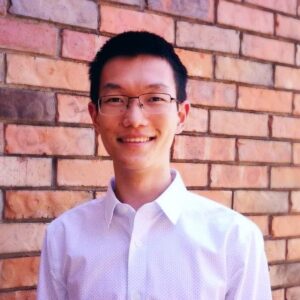 Jonathan joined Princo in June 2020 as a Summer Analyst. He will graduate from Princeton in 2021 with an A.B. in Politics. 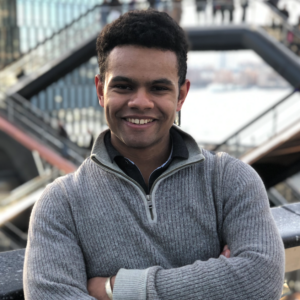 Chino will join Princo in 2021 as a Summer Analyst. He will graduate Princeton in 2022 with an A.B. in Neuroscience.